April traditionally sees the end of one tax year and the start of the next one. This is usually accompanied by a raft of new updates and legislation from the government and April 2018 is no exception. Here are three major changes affecting UK employers coming into force this month. 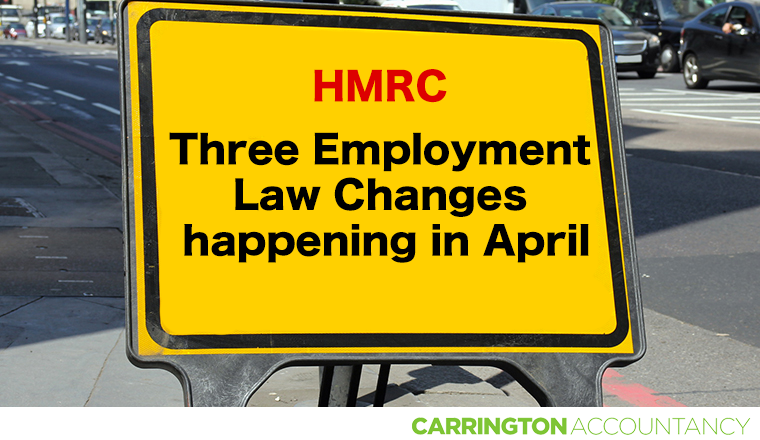 The Government has already embarked upon ‘naming and shaming’ those employers who have not paid their staff NMW. The list so far comprises of companies of various sizes – from those employing over 250 staff down to a small horse riding center employing just two people. The penalty for paying less than minimum wage is being rigorously applied by HMRC and if you need any assistance in this area please get in touch.

Employers must now contribute at least 2% of qualifying earnings to the pension scheme (up from 1%). Employees are also having to increase their contributions; their rate will be 3% (also up from 1%).  Further increases take effect from April 6th, 2019 – employer contributions go to 3% and employee contributions to 5%.

Gender pay reporting legislation requires employers with 250 or more employees to publish statutory calculations every year showing how large the pay gap is between their male and female employees. The deadline to report is 4 April 2018 (or 30 March 2018 for public sector employers). Employers can register their organisation on the government’s online reporting service www.gov.uk/report-gender-pay-gap-data.

Employers need to take this requirement very seriously given the recent comment from the chief executive of the Equality and Human Rights commission: ‘Let me be very, very clear: failing to report is breaking the law…We have the powers to enforce against companies who are in breach of these regulations. We take this enormously seriously. We have been very clear that we will be coming after 100% of companies that do not comply.”